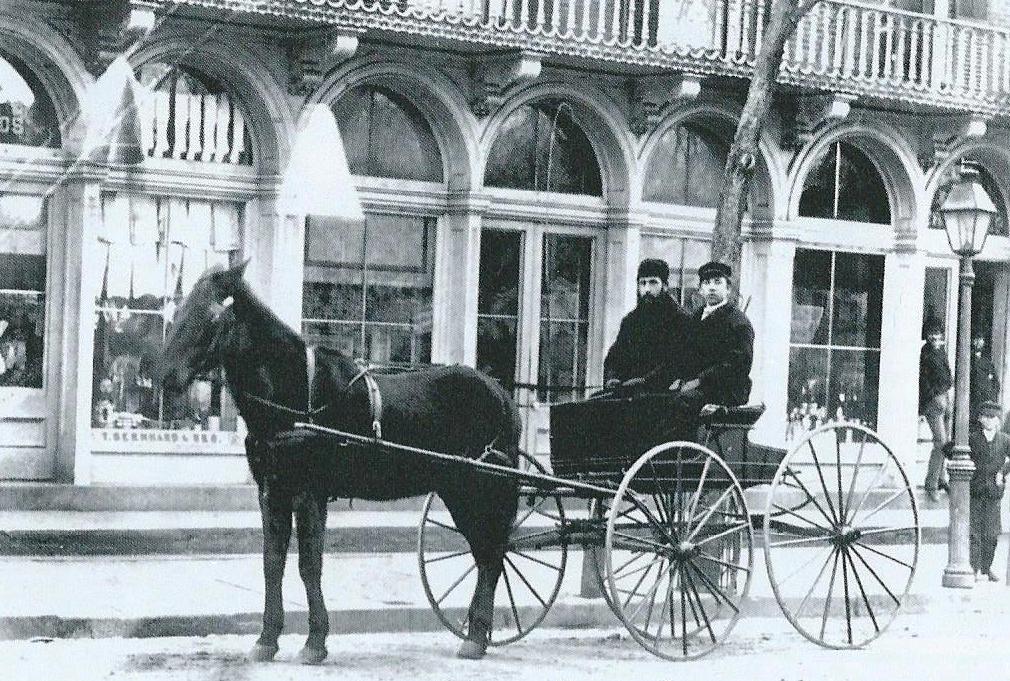 Tobias and Henry Bernhard stop in front of their millinery and fancy goods store in the Seely Block Building in 1869. Henry Bernhard married Rachel Cohen, daughter of Wolfe Cohen, in 1871 and moved to Middletown the following year. He was a successful merchant there and president of the Middleton Board of Trade. His great-grandson, Henry Bernhard, was president of Stamford's Temple Sinai in 1979.

Do you have photographs depicting the Fairfield County Jewish community? If so, please consider either donating them to us or lending them to us for scanning. After scanning, we will return the photographs to you by mail. For more information or to purchase digital copies please contact the Society.